One of the great thrills of any writes life, young or old, small scale or big, is to get to talk to one of your heroes. I got that rare privelege in 2005 when the great Lydia Lunch agreed to sit and talk to me on the phone from LAX.

Lydia Lunch is a performance artist, writer, actress, and in my definition a rock star. She was part of the No-Wave movement in the 80s in the company of Swans, Sonic Youth, Richard Kern and countless other creative folks. She then became part of an early underground scene that included The Birthday Party, Foetus and X and has since become her own amazing entity.

I count her records Honeymoon in Red, 13.13, Shotgun Wedding, and Drowning in Limbo as classic and permanent fixtures in my rotation.

To call her an influence would be an understatement. From her DIY and fearless approach to her use of trash iconography and her choice of collaborators she is a touchstone in everything I do. I count her among John Waters, Robert Rauschenberg, Cornell Woolrich, Lenny Bruce and Pee-Wee Herman as the people who speak to my work in every form.

I am especially proud that this interview is included on her wikipedia page.

What follows is the actual interview as it appeared online, complete with the two photos she gave me permission to use at the time. 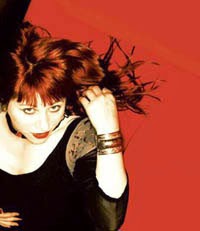 Lydia Lunch
Since she nearly single-handedly spearheaded the No-Wave movement in 1976 by forming Teenage Jesus & the Jerks, Lydia Lunch has been a performance artist stunning in her creativity, confrontational vision, and longevity. In the 80’s she collaborated with such underground legends as Richard Kern, Nick Cave, Foetus and Die Haut, and recording some classic solo work such as Queen of Siam and In Limbo. The 90’s found her continuing her collaborations with such luminaries as Exene Cervenka and Kim Gordon as well as kicking her spoken word assault on the world into high gear. This new century finds her working on installations, illustrated word and a new record Smoke in the Shadows featuring Nels Cline, now of Wilco. I spoke to Lydia Lunch this past spring from LA and she had quite a bit to say.
Greg Trout: I want to start by telling you that your 1992 release Shotgun Wedding is one of my all-time favorite recordings.
Well Rowland Howard is just unbeatable.
Greg Trout: I agree. I wish he worked more.
He's just such a slow worker. When I did Shotgun Wedding I had to import him and it's just so hard to pull music out of him but when it does its just beautiful. He's truly one of the best guitar players in the whole world. I wish he could crawl out of whatever funk he's in down in Australia and do more work.
Greg Trout: In the reviews for Smoke in the Shadows a lot of mention is made that is a sort of return to Queen of Siam. Do you think this is true or is Queen of Siam just an easy reference?
I don't know why people think Queen of Siam is such a landmark. Maybe it was the time in their life that they heard it but if you go back and listen to it, all of side one is basically childish, perverse sort of Edward Gorey-esque nursery rhymes. The other side is this jazz influenced big band kind of a thing, but people always think of the big band stuff. Its very duplicitous to me and now with Smoke in the Shadows, its very noir, I am using a lot of Jazz instruments but I don't think it's a jazz album and I don't even know where the jazz comparisons come from, I think every song Is very different. I don't know I just think people are fuckin' lazy. I don't think Queen of Siam is an easy listening record, I think the first side is very perverse. Maybe they are just in awe of the mastery of Robert Quine. It takes a diehard to know what I have done for the past 28 years and each record really does try to contradict what has come before. I think that if anyone didn't know what I did than they would think every record I did sounded like the Agony is the Ecstasy, which I am not even sure you are familiar with, it was my first illustrated word, spontaneous, on the spot performance which was atrocious to more ears.
Greg Trout: The other side is Drunk on the Pope's Blood, right?
That performance was supposed to be 13.13, which is one of my favorite recordings, but the band was so neurotic and irritating that I had to drop them before the European tour. That was the first illustrated word work of my career and I can assure you, Nick Cave could not believe his ears and hated it. He never understood what I did, you know Rowland and I would do these spontaneous experimental performances opening for the Birthday Party and other than Tracy Pew the rest of the band couldn't even understand what it was all about. But, and this contradicts Smoke in the Shadows, I have never been one to work with a safety net and if you are going to go out and spontaneously combust in front of the audience you will either come up with the best fucking thing anyone has ever heard or the worst fucking piece of shit anyone including yourself has ever been subject to. To me its another notch in my fearlessness and it opened the door for me to do much more illustrated word in a very spontaneous way. The live set for Smoke in the Shadows which the U.S. wont get to see, while we play about 5 songs from the record, we then go into some really harsh, threatening illustrated word. I mean to seduce is fine and I consider Smoke in the Shadows seduction and instead of bludgeoning them over the head you are poisoning them slowly.
Greg Trout: I think the key to the success to a lot of your work is that no matter what genre you work in you always sound very much at home.
Well what ever I have done I try to contradict what has come before or I at least try to build on it. Although I am not very limited at all in a sense I am still very limited because I can only speak from my frame of reference and I am very intuitive about the collaborators I am going to choose and that's what happens. I can only be true to the way I feel so whatever genre I am creating at the moment is what I need to inhabit.
Greg Trout: I think that is especially true on the track "Trick Baby". 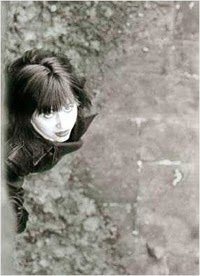 Who is Greg Trout?

trout.
Philadelphia, Pennsylvania, United States
I gather up and collect a lot of things others don't. I am an artist and writer in Philadelphia, Pa. I've shown my work in Philadelphia, New York, Los Angeles, Amsterdam and London. My writing has appeared in Drum!. Dagger, and the now defunct Magnaphone.